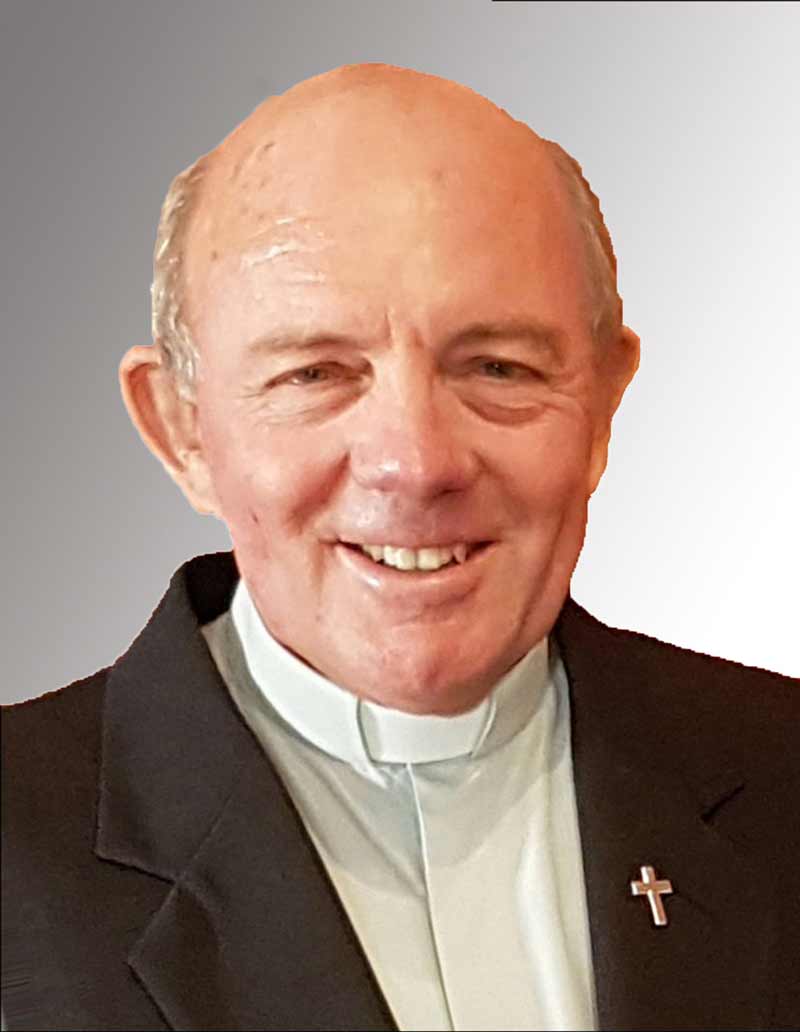 Born in Geraldton, on 9 September 1952, Bishop Morrissey grew up on a station in Yalgoo, located over 200kms northeast of the town of Geraldton. He received his primary education via Correspondence and School of the Air Lessons supervised by his mother, Mrs Margaret Morrissey. His secondary education was as a boarder at Aquinas College, in Perth. He attended St Charles Seminary, Perth, and St Francis Xavier Seminary, Adelaide, South Australia.

Bishop Morrissey was Ordained to the Priesthood on 31 January 1981 in St Francis Xavier Cathedral, Geraldton and served in the following Ministries:-

On the eve of the Feast of Saints Peter and Paul, Wednesday 28 June, in the Bishop Bianchini Gymnasium at Nagle in Geraldton,  Bishop Morrissey celebrated his Episcopal Ordination. Unfortunately, due to interior conservation / renovations, St Francis Xavier Cathedral was closed and unavailable.

Bishop Morrissey’s motto is “Trust in the Lord” from Proverbs 3:5.

“Trust in the Lord”

Broome Diocese acknowledges and pays respect to the Traditional Owners and Elders, both past and present, of the lands on which Broome Diocese offices and operations are located.